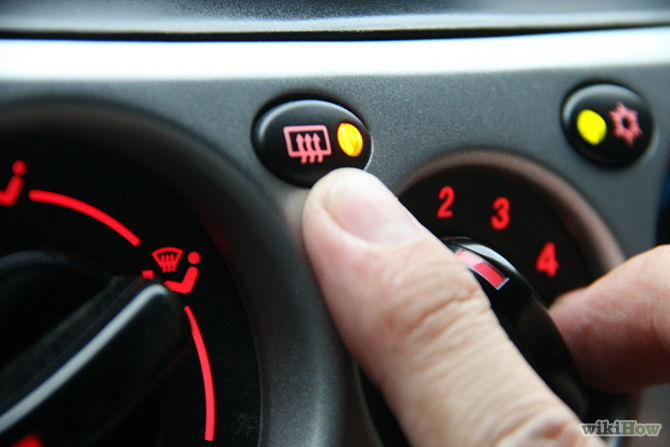 Alright, fellow drivers.  It’s that time of year…. Fog time!  Know what happens during foggy mornings?  I would tell you, but I can’t see! 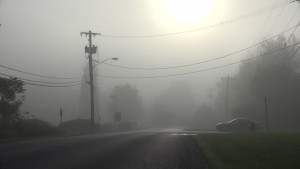 Seriously, this time of year is tricky to drive in the morning.  The sun is coming up later, and the changing temperature and dew point makes much of the Central Ohio a veritable pea soup in the mornings.  Evening fog isn’t out of the ordinary either <sigh>.

First of all, SLOW DOWN.  I know getting to work is important, but with visibility low, going too fast is the worst thing you can do.  Because it’s November, you’re likely seeing more deer, and in the fog, you’ll likely see them way too late.  The best defense is just to reduce speed.  This goes for people pulling out of driveways too.

Secondly, turn on your lights.  Not your brights, just your headlights.  I know it won’t help you see… that’s not the point… the point is that you’re making yourself visible to OTHER drivers.  If they can’t see you, they’ll drive like you aren’t there.  Even if you drive out of the fog — if you’re driving toward the city or higher ground — leave them on.  If there is fog anywhere, just leave them on.  It won’t hurt having them on.

Thirdly, and I know this is a no-brainer; put all the devices down, ignore your radio, keep your hands on the wheel.  Driving in fog, whether in the morning or the evening, takes your FULL ATTENTION.  It is during fog that your handling and reaction skills are put to the test.  Driving is a skill.  Your car is a machine that deserves to have an operator invested in its operation 100%.  I know it’s easy to relax into the “I’ve been driving (10, 20, 30 etc.) years… I know what I’m doing!” mindset, but fog driving is tough.

And lastly, run your defroster so that you don’t have interior fog in addition to the pesky atmospheric fog.  Run your defroster and your AC (if it doesn’t automatically come on) on a temperature that is as warm as necessary to work.  Fall driving may not take “full blast, highest heat,” but find out what works best for your car in your conditions.  If you need to pull over to get this figured out, pull over!  It’s important.  You’ll be thankful when it works right.